I am pleased to announce that I have 2 drawings in the show “Uncharted” at Tresspass Gallery in Clarksville, TN. 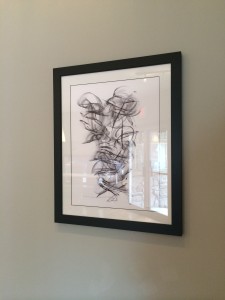 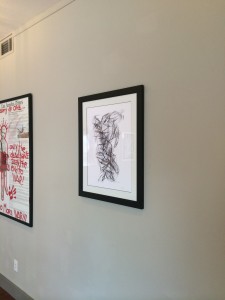 Trespass Gallery is a home for contemporary artwork that will exhibit pieces from emerging to mid-career local, national and international artists. Founded by featured artist and local business owner Vince Herrera, the gallery was envisioned as a cultural hub where creative ideas, projects and community engagement can flourish.

“I wanted to create a gallery where artists we believe in could have a chance to show their work to the world in a formal setting,” said Vince Herrera.

More than an exhibiting space, Trespass Gallery seeks to give back, both locally and globally via various educational and charitable initiatives.  The Herrera’s educate young and emerging artists on the business of art, assuring other like-minded entrepreneurs can carry the cultural torch beyond Clarksville, without being taken advantage of financially. Additionally, the gallery plans to donate 10% of its profits to a charitable cause each quarter.