So I haven’t  made it over to the beach yet.  Partially because I am not so interested in the big fair, partially because the traffic situation is particularly bad this year.  But I did make it to a few more corners of Wynwood and the Design District.  I saw the by now infamous Miru Kim performance/installation at Primary Projects – the one where she is living naked with two live pigs for 104 hours in a storefront window.  No pictures allowed but there are some pics over at the New Times.  Good stuff.  She does look miserable in there though.  Great Cleon Peterson painting inside too.

As per usual there is plenty of “Look at me over here!” going on.  This guy is apparently tied to some Brainwash project, also promoting a documentary (about himself) and putting up these posters: 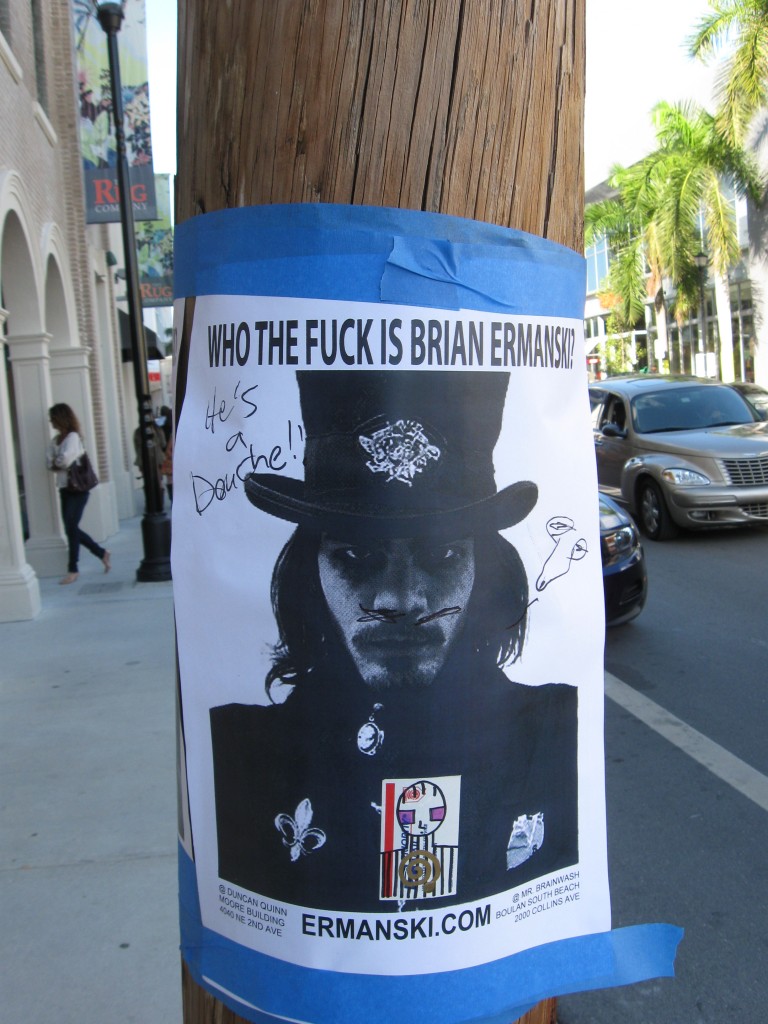 I'm pretty sure he would be the guy who is putting up all these posters everywhere...

Glad to see that someone added the appropriate street commentary to this.  Oddly, there are no pictures of his work on this website, or on the docu website.  Just saying. 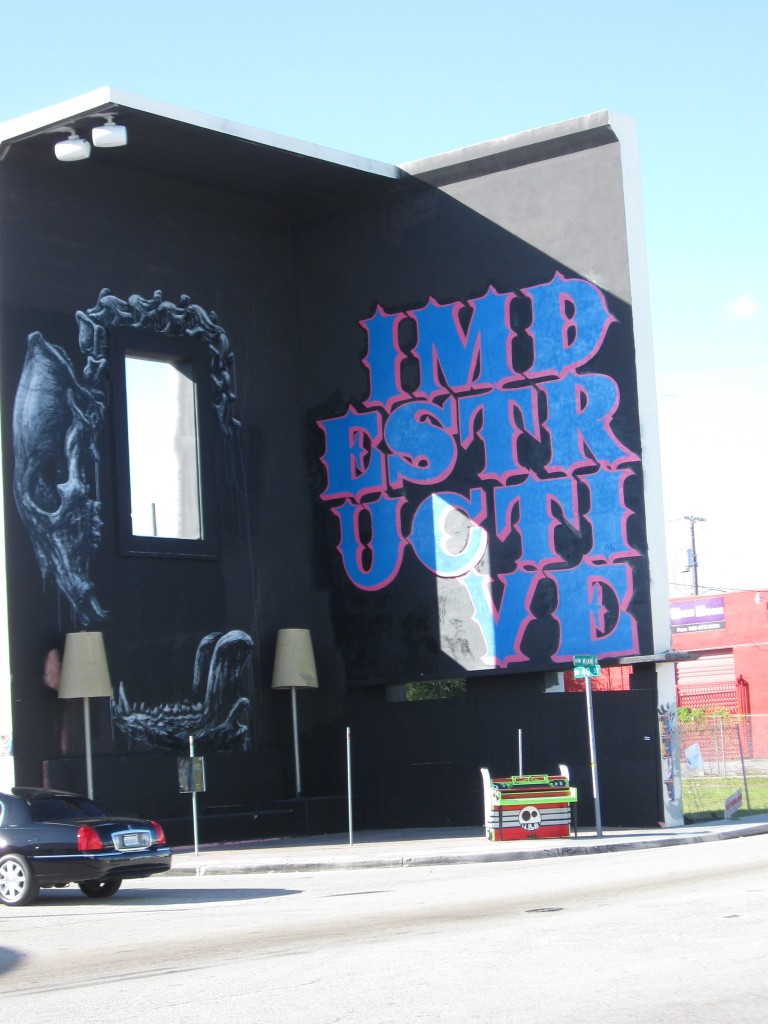 The corner of NW 40th Street and North Miami Ave

Here are some of the people I am showing with this year. 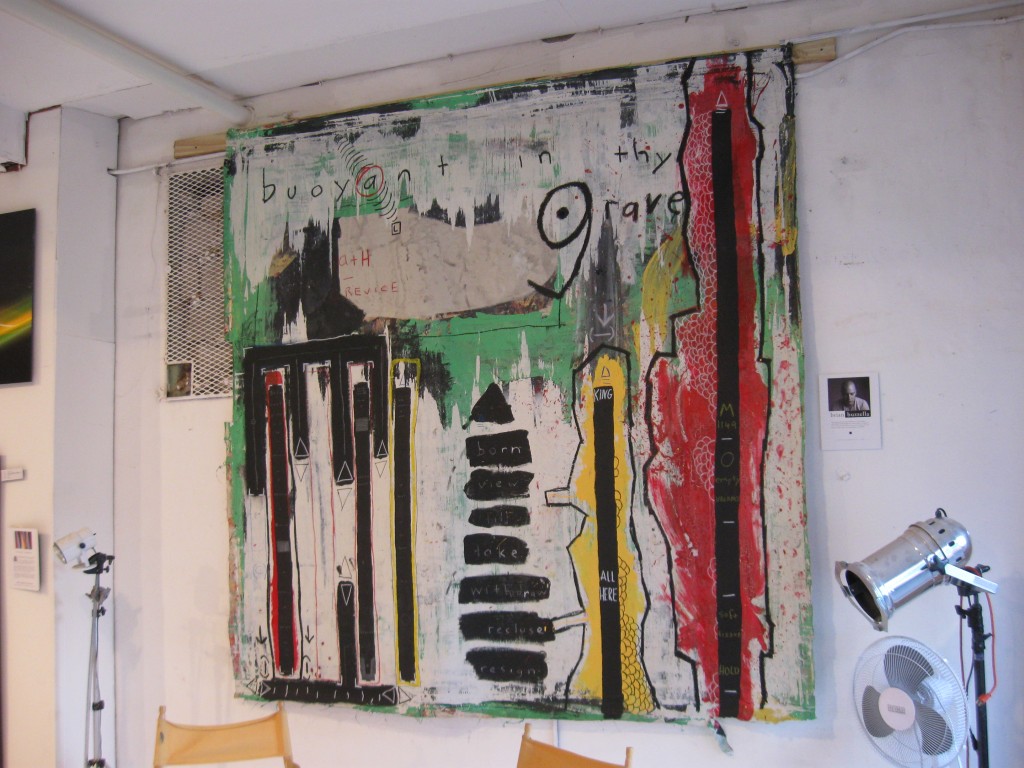 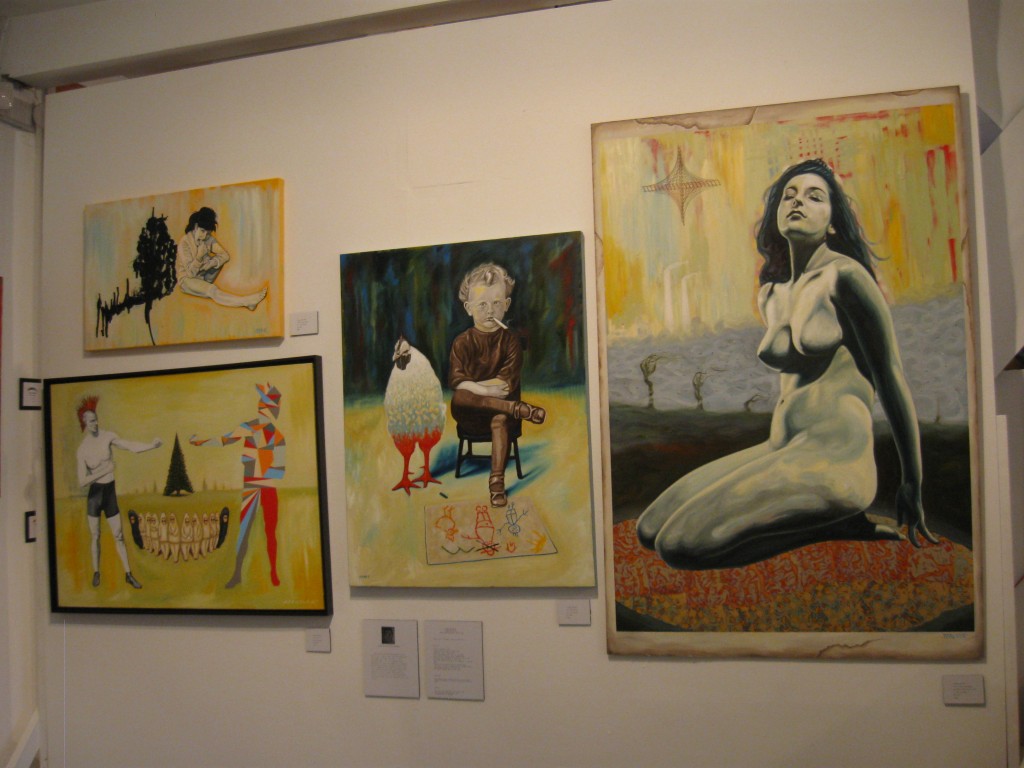 The squatters in the empty lot next door: 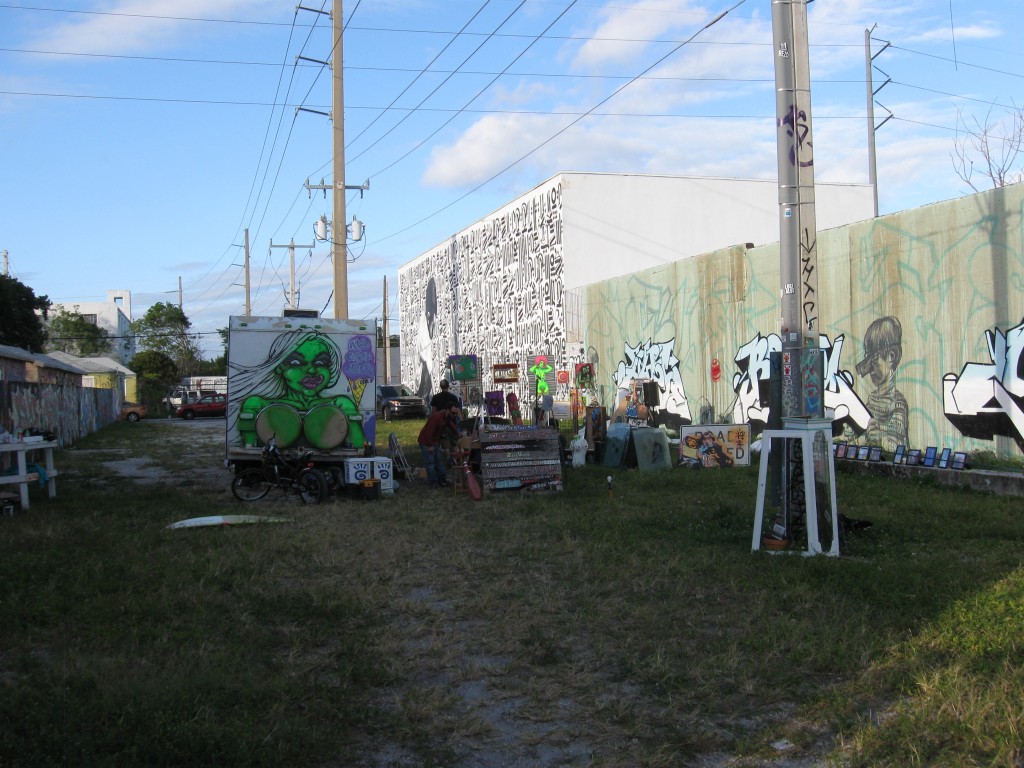 These guys were from Wilmington, NC. Or at least the guy I talked to was.

Those speakers look small, but that music was very loud bouncing off the concrete walls. They painted the girl on the trailer Thursday night.  Some girl was fire eating and writhing around in her underwear on Friday.  So there was that. 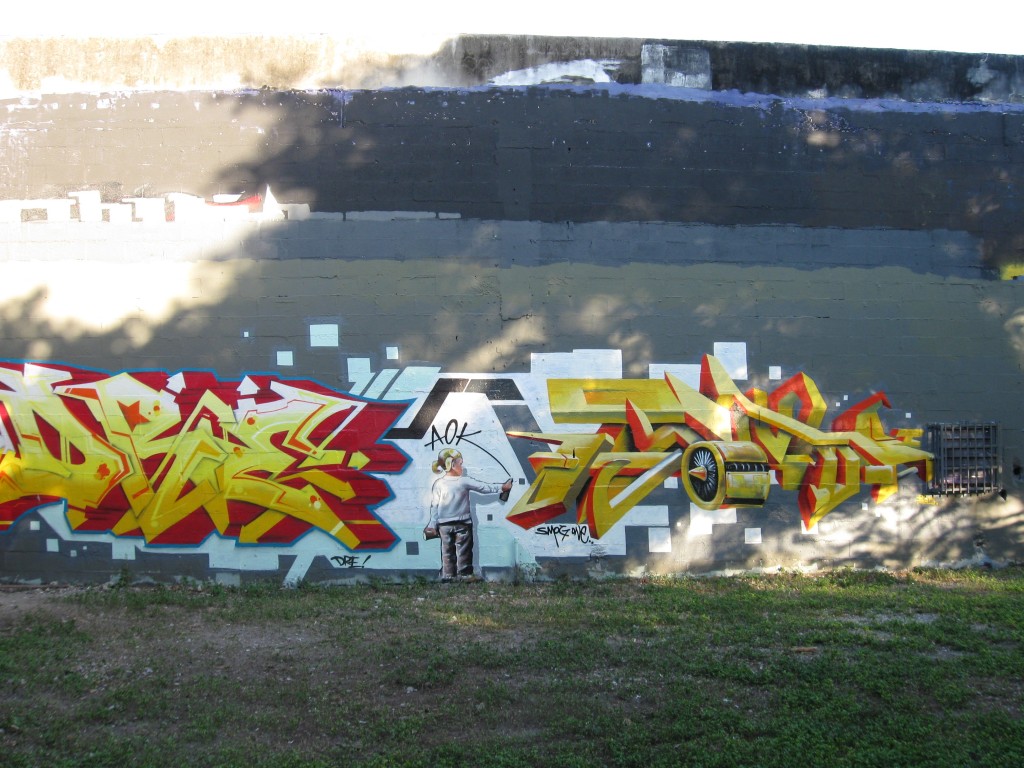 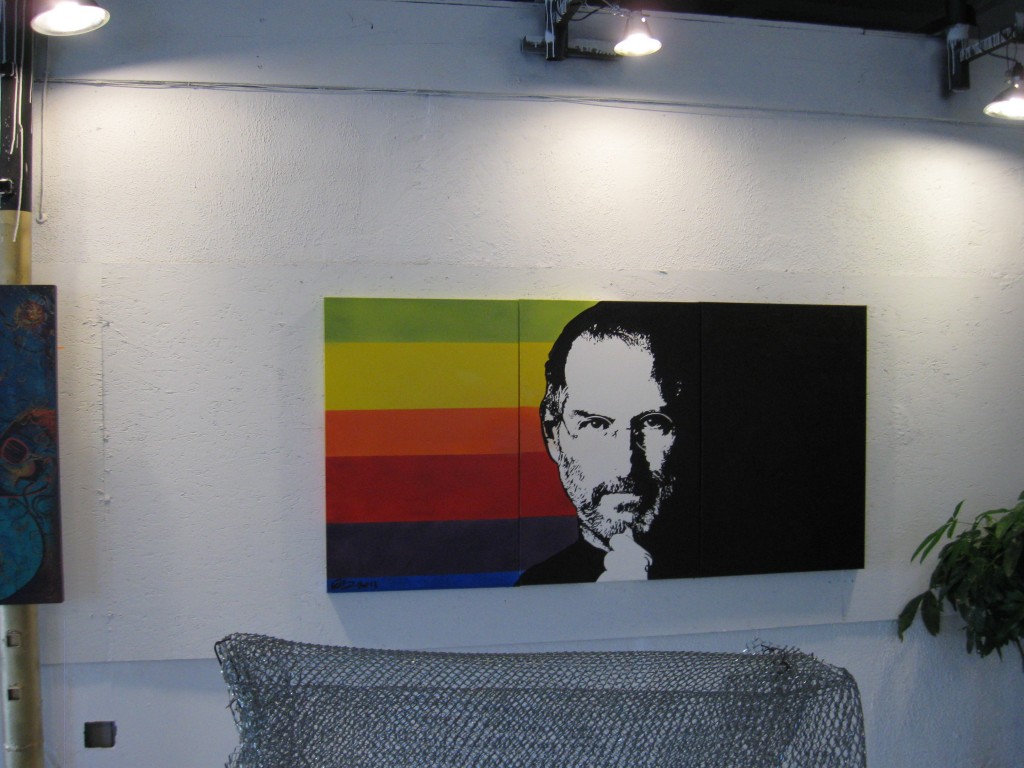 This made me throw up a little. 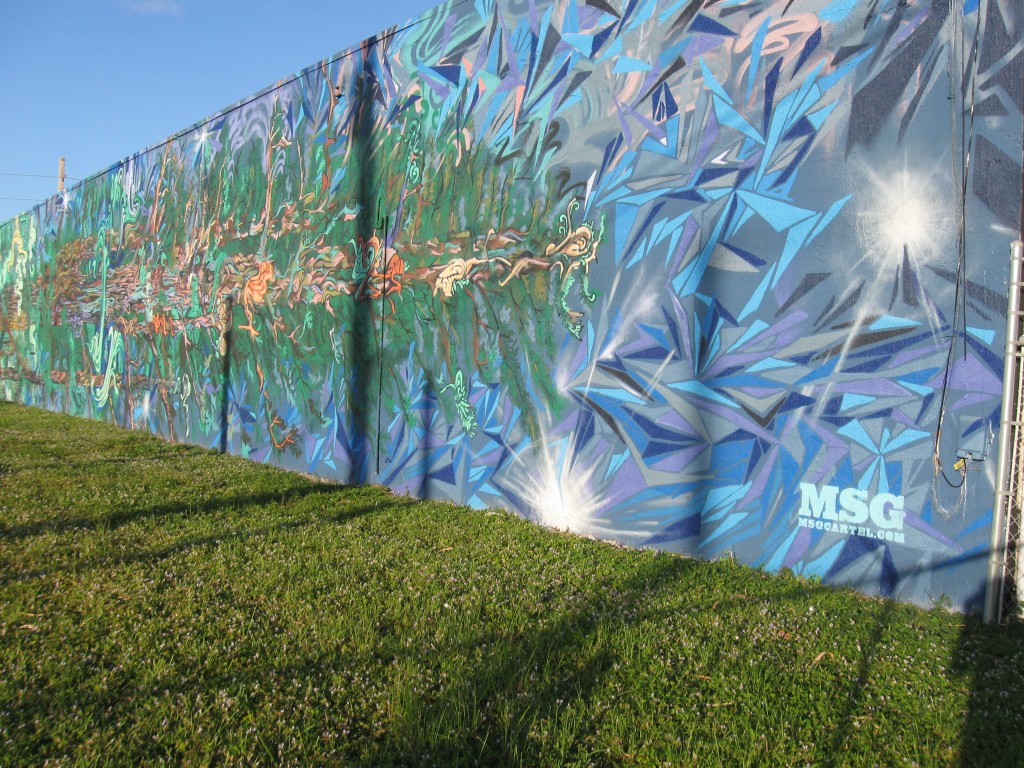 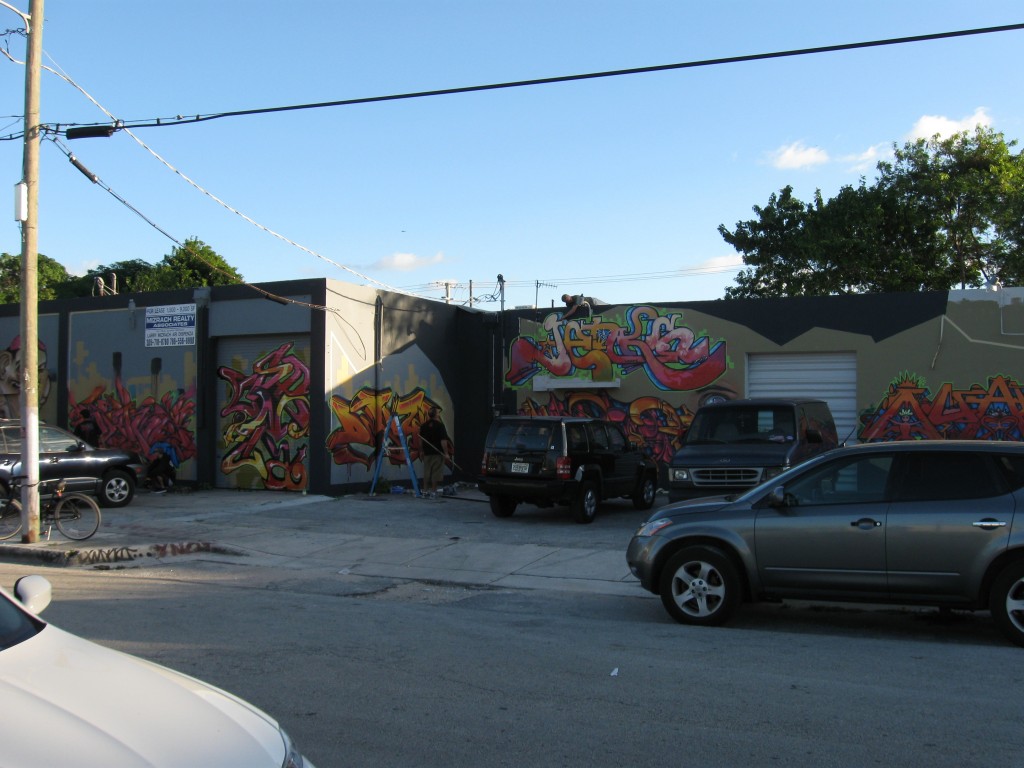 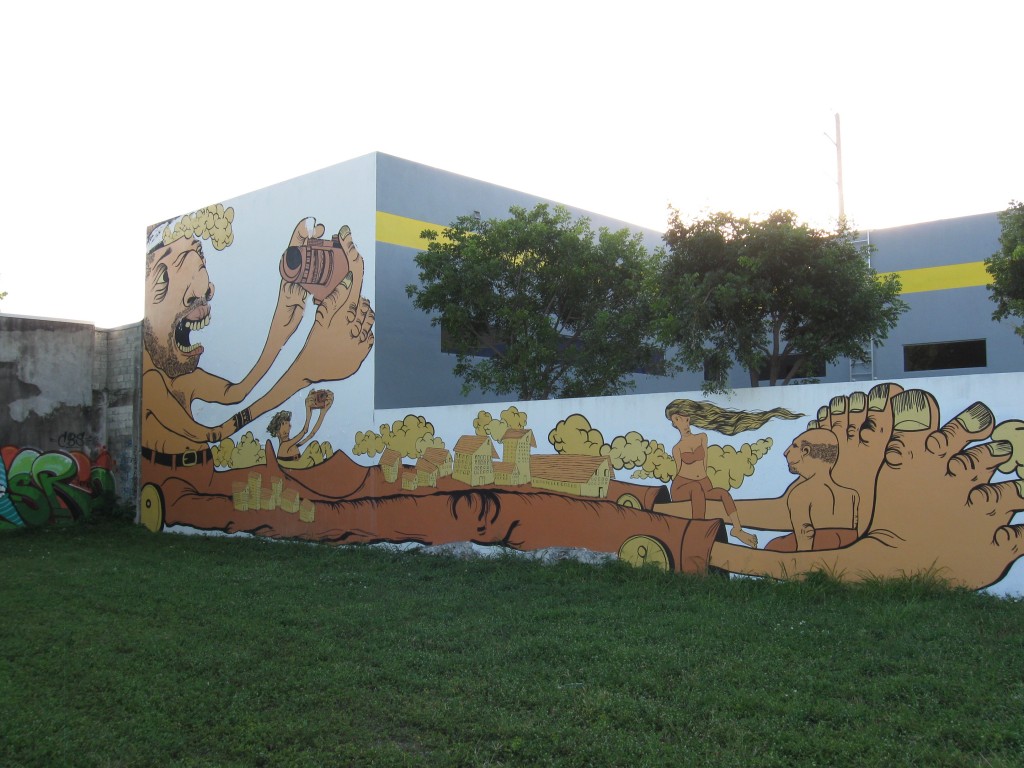 This piece was signed COOPER 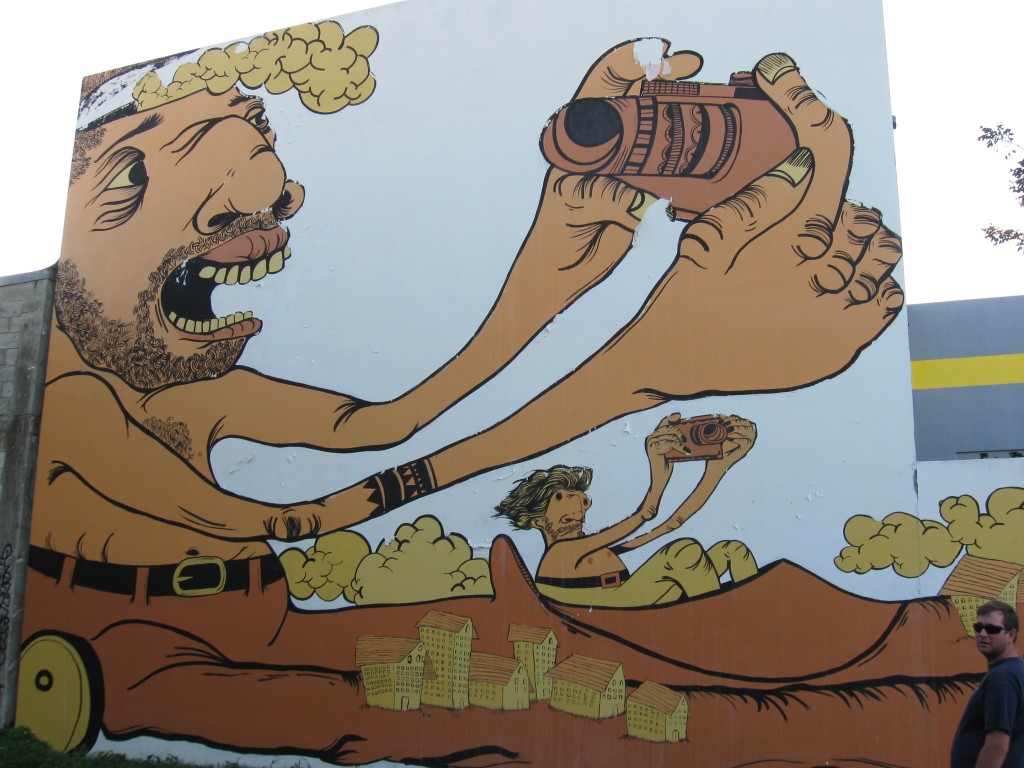 Close up of the Cooper piece 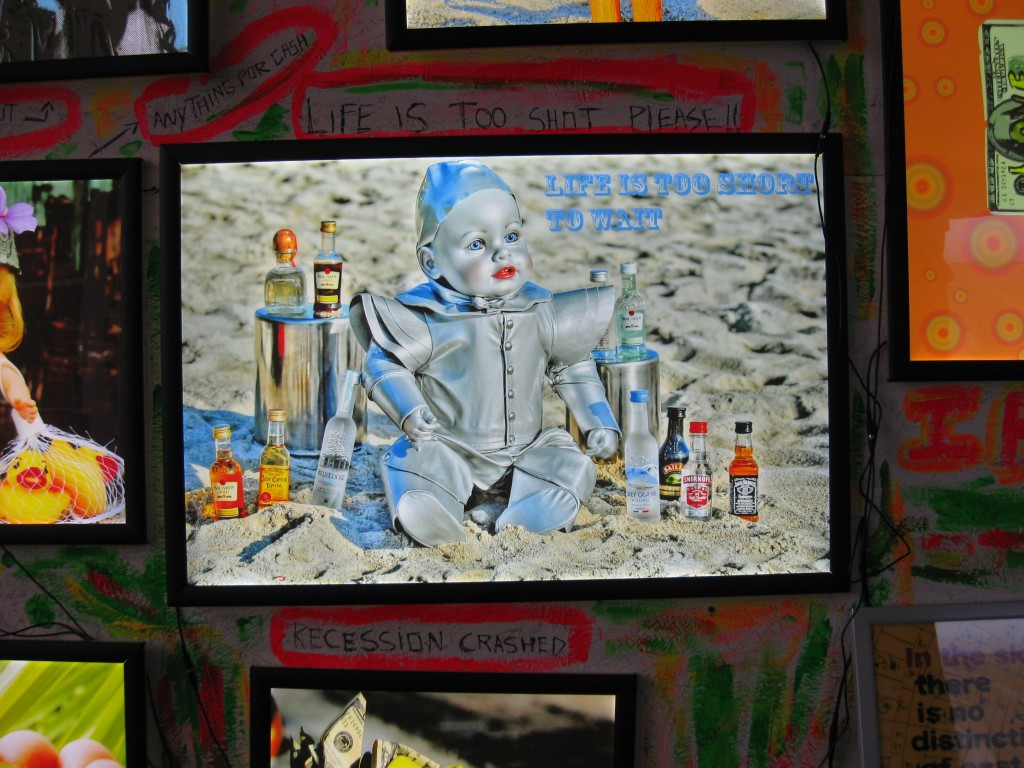 This was my favorite piece in Multiversal 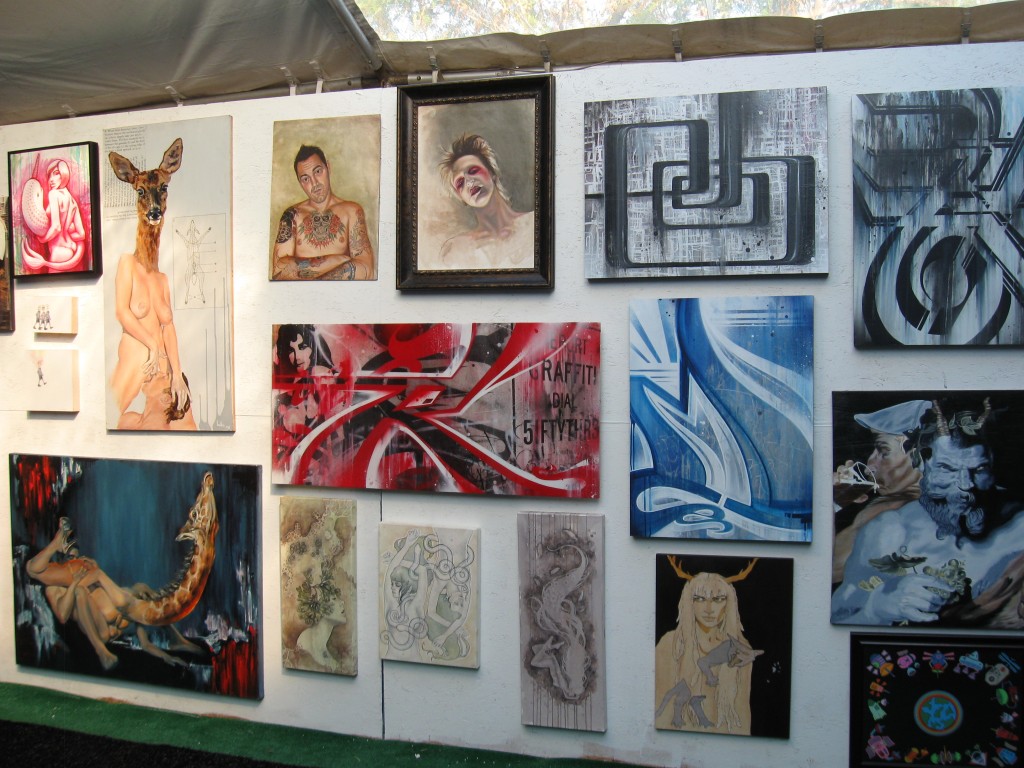 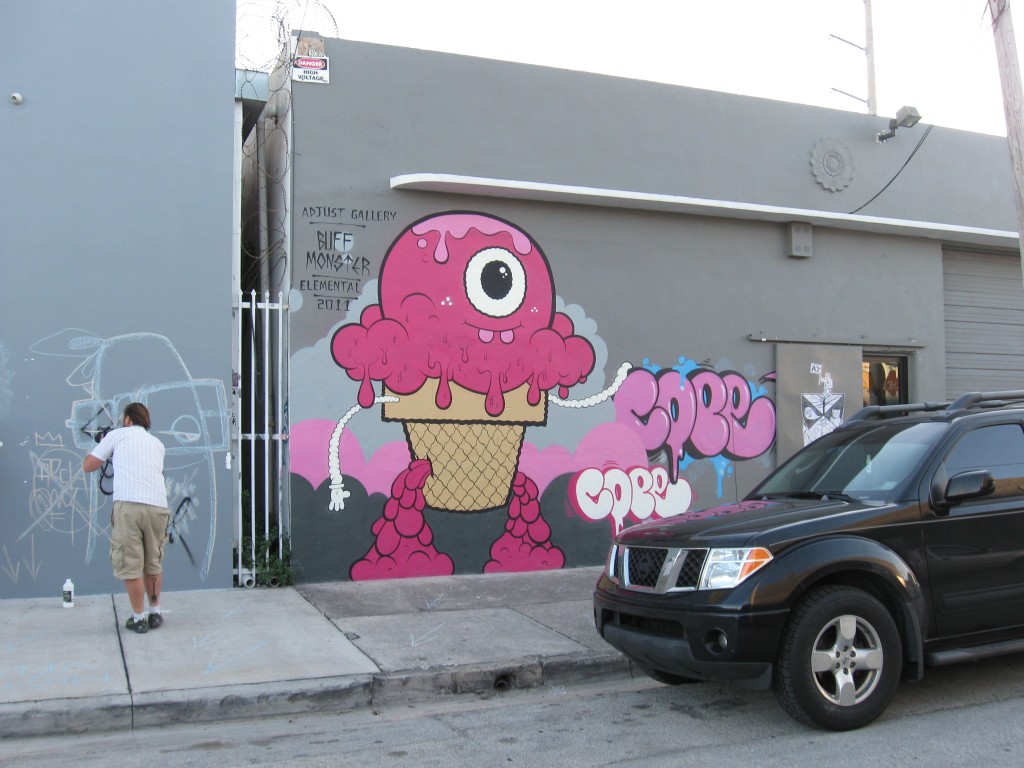 Sergio Coyote in the Murder Lounge at Fountain: 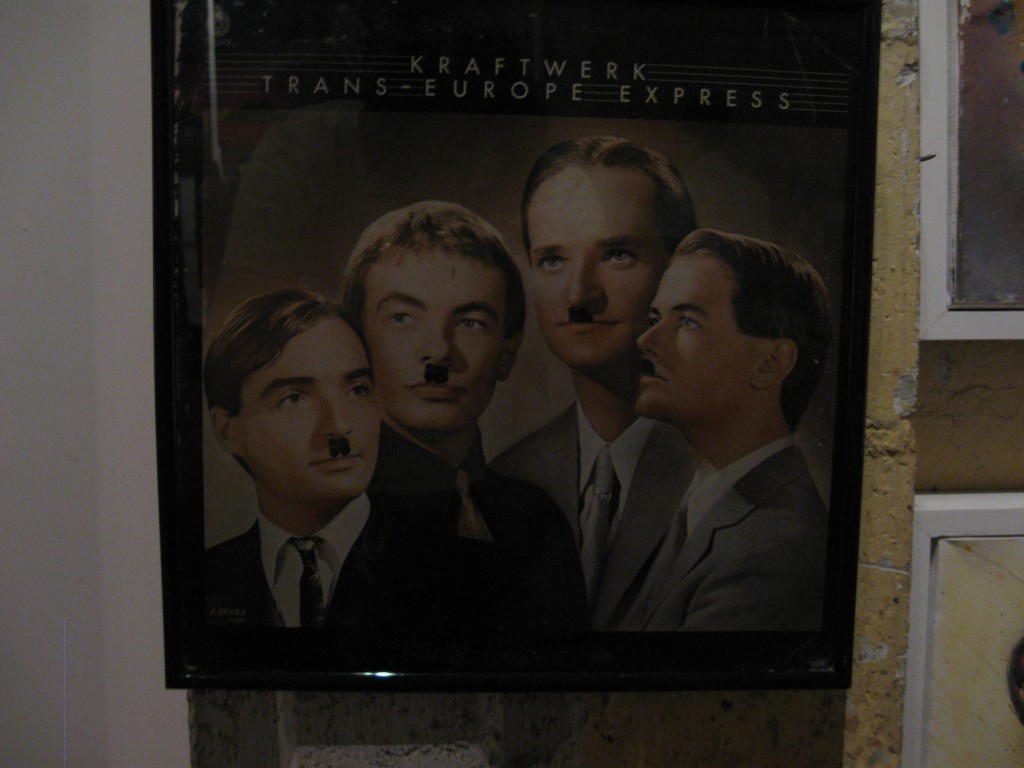 More later.  Going to the Krave beach party for the Sunbather now.